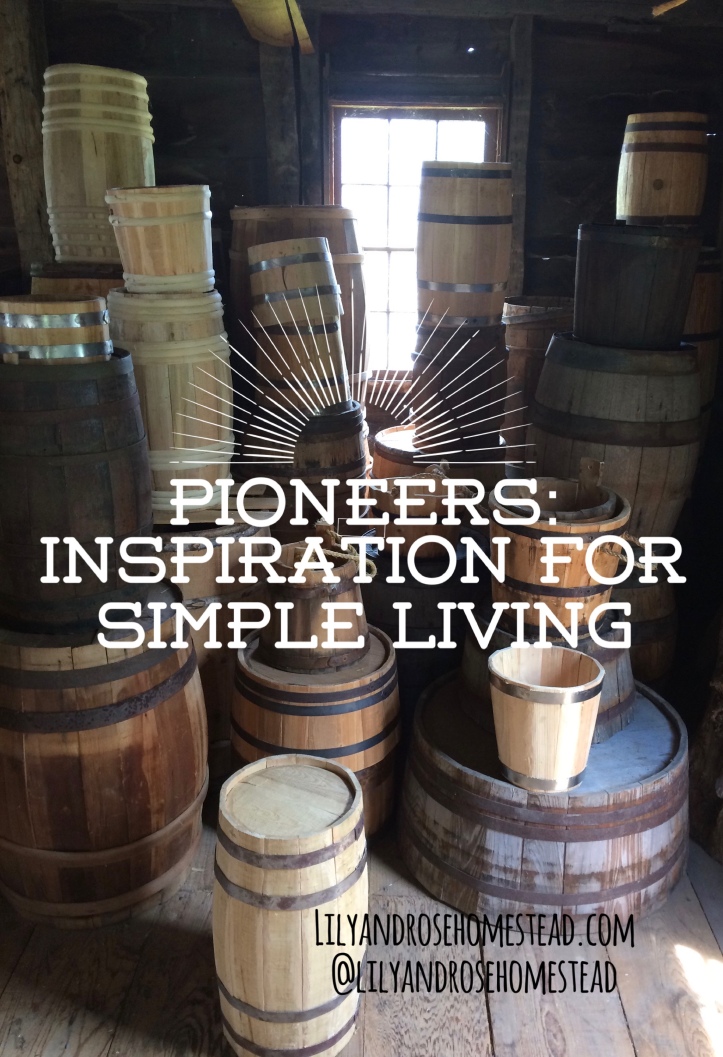 My family and I visited Genesee Country Village yesterday in Mumford, NY, and to say it was amazing would be a huge understatement. It is the largest living history museum in the U.S, and is on a 600 acre parcel of land. There were animals, gardens, blacksmiths, tinsmiths, yarn spinners, shops, brewery, shoemaker, apothecary etc. The fully furnished cabins were beautiful and quaint, but also showed the struggle the early pioneers would have faced. Disease, starvation, injury, doubt and missing your extended family would have plagued these brave people during their journey to homestead west. There are 49 outbuildings in this ‘museum,’ and one was as awesome as the next! They were as early as 1807 all the way to the early 1900’s. The best thing about it was there were ‘pioneers’ in each house living out what would have gone on in this time period. The blacksmith was making nails, the tinsmith was making lanterns, there was a man making buckets and butter churns, a potter making a fermentation crock, a women spinning wool into yarn. My kids had eyes the size of saucers and they learned so much in that short 6 hours day.

Going to this living history site made me yearn for the simple life even more than I did before. Don’t get me wrong, I am glad we have the medical advancements we have now, and I am thankful that if my garden doesn’t produce I *can* run to the grocery store and buy food, my kids won’t starve. It just made me realize how hard these people worked and how they had to constantly think ahead and prepare for the next season. One cabin had dried mushrooms on strings, dried herbs hanging from every beam, fermentation crocks filled with pickles and kraut, cheese drying, bread baking and food in a pot over the open fire. They didn’t have mason jars and fancy canners, they didn’t have food processers and driers. They had the sun, the air, salt and the sweat of their brow to preserve food. You couldn’t look something up on the internet, everything was trial and error. Winter was long and you had to have enough food put away for your family and livestock! I can’t imagine how much work that would have been!

The courage it must have taken to leave everything you know behind and trek across the country to endure the unknown is something many people in this lifetime will never experience. I am glad they have this 600 acre reminder of what life was like a few hundred years ago so we can appreciate what our ancestors would have endured. As hard as this life would have been I truly believe these people lived happy, simple lives and were surrounded by their loved ones. No one was rushing off to work in a cubicle, facing a miserable commute in a car they couldn’t afford. You didn’t run around like a maniac shuttling your kids from activity to activity. You didn’t have a 25 year mortgage on a house hanging over your head for most of your adult life. People lived and breathed family life, taught their own children hard work and discipline and people believed in the sanctity of marriage. So really, who was better off, us or them? It’s definitely up for debate.